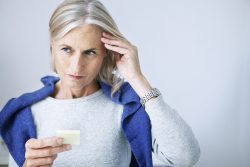 Cambridge and Leeds scientists have now recently reversed memory loss that is age related in mice. This discovery might lead to new treatment developments in an effort to prevent loss of memory as people age.

The research team has shown that changes in the brain’s extracellular matrix which is scaffolding that surrounds nerve cells, leads to memory as we age. However, it is possible to reverse them by using gene treatments.

New evidence has come out in regards to the aspect of PNNs (Perineuronal nets) in neuroplasticity which is the brain’s ability to adapt and learn and to also form memories. PNNs are cartilage like structures that mostly surround the inhibitory brain’s neurons. The main function of PNNs is to control the plasticity level in the brain. They show up in humans at about 5 years old. They turn off the segment of enhanced plasticity which during the brain’s connections are optimized. Then, the plasticity is partly turned off which makes the brain less plastic but more efficient.

The team at the Univ. of Cambridge and the Univ. of Leeds set out to investigate if changing the chondroitin sulphate composition of these PNNs could restore neuroplasticity and reduce memory deficits that are age related.

In order to do this, they looked at mice who were 20 months old which is considered to be old for mice. Using a group of tests revealed the mice showed memory deficits when compared to mice that were six months old.

One test consisted of observing whether mice could recognize an object. They were then placed at the beginning of a maze that was Y-shaped and were left to explore 2 objects that were identical at the end of two arms. Following a brief period the mice were once again placed back in the maze however, this time one of the arms contained a new object and the other was a copy of the same object in the first case. The team measured how much time the mice spent exploring the objects to see if it could remember the object from the earlier test. The mice who were older were less likely to remember the original object.

The scientists treated the mice who were aging with a viral vector, which is a virus that can reconstitute the amount of the 6-sulphate chondroitin sulphates to the PNNs. They discovered that this effectively restored the memory in the mice who were older to levels that were similar to that which was seen in mice who were younger.

They observed results that were remarkable when the aging mice were treated with this treatment. The ability to learn and the memory in the mice who were older had levels restored to that which had not been seen when they were much younger mice.

In an effort to study the role of chondroitin 6-sulphate in loss of memory, the team bred mice which were genetically manipulated so that they could only produce low amounts of the compound to imitate the changes that occur with aging. At 11 weeks even the mice indicated premature loss of memory. However, by increasing the levels of the sulphate through using viral vector it restored their plasticity ad memory to levels that were similar to the healthy mice.

What is particularly exciting about this discovery is that although the research was done on mice, the identical mechanism should operate in people. The structures and molecules of the human brain are similar to those in mice. This suggests the possibility that humans could be prevented from memory loss development with aging.

The scientists have already found a potential drug which has been licensed for humans. It can be taken orally and works by inhibiting the formation of PNNs. When this drug was given to the mice and also rats it can restore aging related memory loss and also showed improvement recovery to injuries of the spinal cord. The team is researching if it could help reduce loss of memory in animals which have Alzheimer’s Disease.

This approach is being increasingly used to treat neurological conditions in humans.

To view the original scientific study click below:
Chondroitin 6-sulphate is required for neuroplasticity and memory in ageing