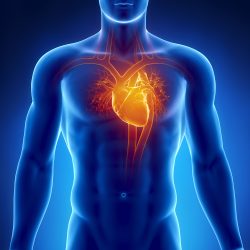 New research at the University of Calgary has discovered what was once an unidentified cell population in the pericardial fluid which is found inside the sac that surrounds the heart. This discovery could possibly lead to new treatments for people with injured hearts. The study was funded by the Heart and Stroke Foundation of Canada.

The team discovered that a specific cell known as a Gata6+ pericardial cavity macrophage, helped heal an injured heart in a mouse. This cell was found in the pericardial fluid of a mouse that had a heart injury. The same cells were also found in the human pericardium of people who also had injured hearts. This confirmed that the cells that repair offer promise of a new therapy for people with heart disease.

Heart doctors had not previously explored the possibility that cells which are outside the heart might participate in the repair and healing of hearts following injury. Compared to other organs, the heart has a very limited capacity for repair which is why heart disease is the number one cause of death in North America.

The discovery of this new cell which can help heal an injured heart muscle will open the possibility of new hope and therapies for millions of people who suffer from diseases of the heart. It has always been known that the heart sits inside a strange fluid filled sac. It is now known that this pericardial fluid is quite rich with healing cells. These particular cells might hold the secret to regeneration and repair of new heart muscle.

By working together and bringing expertise across many disciplines, the initial researchers with a cardiac surgeon and clinician researcher, identified this cell in less than three years. This is a relatively fast time frame to move from lab research and animals to people.

The next goal is to recruit a basic scientist to move the current research to a broader study of repair of the human heart. The new program will further extend the collaboration between clinical and basic research to identify new therapeutics aimed at improving heart repair.